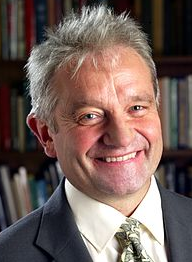 Sir Paul Nurse (left) tells The Guardian he believes the lack of openness on Covid19 decision-making stores up problems for the future. “What worries me is that we have an increasingly technocratic and complex society and we are going to increasingly need complex discussions involving science and the use of science that will impact on policy,” he said.

Sir Paul’s outburst is a direct attack on unaccountable flakes. We should all welcome it.

Last weekend’s Slogpost did, I accept, give the impression that I have a down on all medical researchers. That isn’t the case – I have the highest regard for the good ones; it’s just the corrupted and ideologically rigid ones of whom I don’t approve….and the brainless political generalists who listen to their “advice” – in awe, like so many children suspended by every word from the Kindergarten headmistress.

One such good guy and admirable Nobel Prizewinner is Sir Paul Nurse. He is neither virologist nor epidemiologist; rather, he is a geneticist who actually discovered something useful – several things, in fact – hence the Nobel Prize.

Nurse did not have the easiest of upbringings. Born illegitimate, he shone at Grammar School through sheer merit, and followed the Red Brick University road to his eventual discovery of a key gene involved in the duplication of human DNA.

He is a man whose watchwords are “good scientists must have a passion to know the answer to the questions that interest them, along with good technical ability, and a set of attitudes including mental honesty, self-criticism, open-mindedness and scepticism”. Not an attitude of which one could ever accuse Peter Horby, Sir Chris Whitty, Momentum or Dr Anthony Fauci.

So it is perhaps no surprise that Sir Paul has decided to be the first major breaker of ranks when it comes to the cloak-and-dagger tactics of the flakes and phoneys who have been “advising” the Johnson and Trump Administrations.

Much more surprising is where he chose to do it – in The Guardian. But there have been signs for several days now that somebody in the Guardianista Inner Circle has had, if not a change of heart, then at least, a successful transplant of more brain material between the ears.

In the Guardian piece, Nurse claims that it has often been impossible to challenge emerging Covid19 policy – a situation that has fuelled poor decisions and put public trust at risk. He is quoted as saying:

“Decisions are too often shrouded in secrecy. They need challenge and we need processes to ensure that happens. If they are going to keep the trust of the nation, they need to make those discussions more public. It sometimes seems like a ‘black box’ made up of scientists, civil servants and politicians are coming up with the decisions. It needs to be more open. We need greater transparency, greater scrutiny and greater challenge to get the best results.”

One suspects this is a thinly-disguised attack on one-sided debates dominated by Big Pharma PR spin and the funding dependence of its creatures.

Either way, these are yet more signs that the tide is turning, and I am encouraged by them.

Meanwhile, the Geopolitical dimension of Covid19 continues its roll-out. Huawei having been chased out of Britain, Social video Medium Tik-Tok in the US will now either be gobbled up by Microsoft, or simply nationalised by the Trump administration. I don’t doubt that both companies owed their first loyalty to Beijing (a régime that practices ruthless surveillance non-stop) but this is really about money and market share in the hitech sector, control of cutting-edge communications remaining in the hands of Washington….and not forgetting, of course, the addition of a new bogeyman in this, our New Normal of permanent fear and war.

Both Horby and Ferguson have been working hard to pump out the addition of the mythical Second Wave, but the stats are against them. The Spanish numbers probably reflect more testing as much as anything else, but one thing they emphatically don’t show is more deaths, suggesting that younger citizens are catching this ‘killer’ and breezing through it, and/or that the virus itself is already running out of steam.

Lest we forget, Neil Ferguson predicted 550,000 UK deaths (out by more than a factor of ten, although deadly acurate compared to his pathetic attempts with swine flu), and the Imperial College Covid coven is being found out by worthy sceptics everywhere. In the US, The American Institute for Economic Research scathingly wrote off ICL’s post-lockdown fearmongering as ‘an embarrassing scientific failure’.

It’s hard to say in this context just what Boris Johnson has done with what little common sense he ever had. I posted a message to him on Twitter yesterday, asking whether he thought ‘twaddle-peddlers & doom merchants saved his life three months ago, or frontline workers experienced in patient management’. But BoJo’s trouble is that he is too easily blinded by science, he is lazy when it comes to interrogating ‘expert’ opinion, and – probably – he is working to another agenda anyway.

Much of this agenda among the cadres of the Unelected State involves censorship (led chiefly by social media owners) being practised in an alarmingly casual manner; yet another presser video statement by the US Frontline Doctors group was taken down last week – especially disturbing given that their point – HCQ + Zinc cocktail is an excellent drug to manage infected Covid patients – has now been endorsed by the Chinese themselves, the Indian government, France’s Didier Raoult, Trump and, unofficially, by President Macron himself.

The US might argue that it is still a democracy, but it doesn’t qualify in any way as a liberal (original meaning) democracy, because there is palpably no free speech for those who go against the Trump-is-dumb-and-only-vaccines-can-save-us brigade. Strong opinion is rapidly turning into violently enforced clap-trap catechism – be that to do with black lives, ‘antifascism’, virology, cultural Marxist thought, Islamism or climate change. Far from being an anachronism, the upside down bureaucrat dominated European Union now seems to be a model other sham cradles of liberty wish to mimic.

The cavalcade of incompetence, fraud, smears, falsehoods and gagging orders eminating from the Pharmalarmists – hopeless predictions, overreporting of cases, mass redesignation of death causes, bent drug trials, lies about Raoult and Mikovits, bullying of social media, deliberate exaggeration et cetera ad nauseam – is there in plain sight for all to see. It is an ugly, bestial hobgoblin seeping hot hypocritical air and riddled with the mischievous pursuit of corporate power.

A slightly broader phalanx of media is now emerging to – at long last – cast doubt on the shower of shameless supposition that has rained down upon our heads since last February.

But there is still a long, long way to go.

People want to believe this is merely something they had a dream about a few night ago; but it’s they who are still asleep: the corporate State is real enough. Fifty years of narrow education, political targets and Nanny State are coming home to roost. The hobgoblin will vomit on all of us if we just sit back and wait for the eccentric bloke next door to do something.