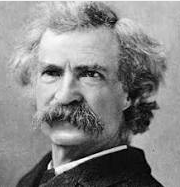 This is the Western Bollocks News Corporation’s hourly bulletin,

and this is Saul Bollocks reading it for WBNC ∼

powered by 2,000 scriptwriters at 280 CIA desks using one or two slightly variable rationales involving sweet little babies, global economic momentum and unspeakable weapons we can’t talk about because they are unspeakable across 19 continents and thirteen solar-influenced planets.

Good morning afternoon evening or night, and welcome to WBNC Right Now – live as it happened and unexpurgated by truth here at the Top of the Digital Hour on our global Fake-Seeking Factometer

US Secretary of State Tex Rattlesnake told WBNC bots this afternoon that eurozone Saviour Mario Dracula had “overwhelming, incontrovertible, irrefutable and incredibly dramatic” evidence of the Pope’s personal involvement in a seaborne cannonball attack on Spanish churchgoers yesterday, many of whom were innocent foetus life forms inside Spanish wives who were almost but not quite as innocent.

“It is quite clear,” Tex declared, “that these vile cannonballs contained the highly toxic and totally impenetrable Latin Mass Exsurge Domine – the same wicked Papal Bullshit that led to Martin Luther’s slow death from a diet of worms. President Trump tweeted a personal message to Dracula within seconds of the attack, pledging his willingness to launch US Bloodaxe missiles against the Vatican….during which friendly collateral damage to Italian euro dissidents might regrettably occur”.

EC President Jean-Clodagh Bunkup condemned the Papal attack as “the act of a deranged fanatic whose eminence grise Russian malign cyber influence on the Brexit vote has already been noted by our colleagues in EUNATO”. He called for a rerun of the UK Brexit referendum and limited all-out nuclear attacks on Italy in retaliation against Beppo Grillo’s consistent and implacable opposition to the Great European Project.

EUNATO Head of Sawdust Medicated Fogerini tearfully accepted Papal guilt and – speaking to WBNC from her office in Gothenburg – told me that “Eetalee is mess innit? Best thing, wipe eet from face of Earth an’ shaddapayo’face”.

Saul Bollocks: So Boris, as UK Foreign typing pool temp, what’s your take on this?

SB: And for our less learned viewers Boris, how would you translate that?”

BJ: Colloquially – and don’t hold me to this – I think what Euripides was trying to say was, “Now look here Saul, it’s all very well listening to propaganda poppycock from Putin and his KGB clique – or indeed the paedophile-riddled Vatican – but we in the know (above all you lot down there in the demos) are sitting on a mountain of evidence to show that the Russian Bear and the Italian Boot are very obviously complicit in a conspiracy to foist the poison gas of the latin mass upon unsuspecting and hardworking ordinary families who, in all honesty, want nothing more than the triumph of George Soros and other similar philanthropists in order to….

SB: Very few genuine democrats doubt your word Boris, and in fact they are keen to see the damning evidence to which you refer…

BJ: Would that it was that easy Saul, but of course we cannot let our enemies know exactly how much we know about the real facts proving the unimaginable horrors they have in mind for us. Imagine what might have happened in Iraq, for example, if Saddam had known that we knew the only WOMD he had was a 1958 Sturmey Archer bicycle.

SB: I don’t want to think about it Boris. Thank you, and now back to that developing story in Syria – over to our editor at large, Excep Turdogun…..

And if you thought that was surreal…..