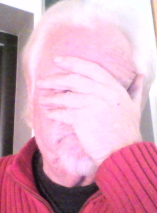 On a day during which far more important things went unreported, the British Prime Minister announced the launch of a Serious Violence Task force.

But despite the lack of clarity, a collective sigh of relief was exhaled by all those busily engaged in satirical and other generally comic violence. For during 2014, the then Home Office rottweiler Theresa May and her Master Avid Cameldung floated an Airship codenamed the R101 Non Violent Extremist Bill. Thankfully, its 100% hot air construction ensured that it rose into the ionosphere of politics, never to be seen again.

This means that persons of good heart and sound mind (for example, me) remain free to ask whether the Prime Minister is so stupid she really thinks anyone buys such packaged cliché nomenclature these days; or whether perhaps her innate cunning leads her to assume that a new generation is coming through with no memory of cynical Blairite policy branding. The jury’s out at the moment. That’s if it hasn’t been abolished yet.

While wondering who exactly is going to man (or woman) this taskforce, at the same time I can’t resist the bonkers idea of treating multivariate social violence with dozens of cultural, genetic, mental and exploitative causes as if it might be some kind of Second World War bombing target. Wing Commander Guy Mayson briefs her pilots…. 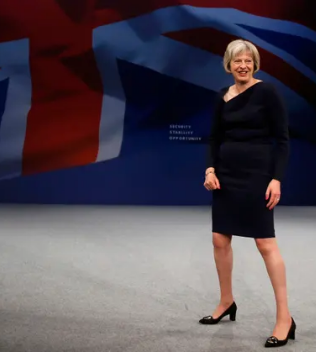 “Alright chaps, now gather round and pay attention. No doubt you’ve been wondering why I’ve been asking you to undergo all this practice over the last few weeks. Well tonight, all that work flying at rooftop height over Britain’s major ghettos is going to pay orf.

“Yes, tonight chaps, we’re going to strike at the very heart of Serious Violence…..we’re going to bomb all the Town Halls, Mosques and Community Centres we know (thanks to MI6 and Pentagon intelligence) to be the main production facilities mass-producing Yardies, Jihadists and Momentum Corbynistas”.

Thank God the NHS isn’t based on symptom treatment as cure.

The sadness in a great deal of violent language and behaviour in the 21st century West can be summed up in one phrase: where there is division, there is Soros money.

Piece together the career and overall past of George Soros, and it is very hard indeed to escape the conclusion that his is a mind severely twisted by nightmare experiences and his own predisposition to psychopathy. These, it seems obvious to me, have led this brilliant and yet terrifyingly emotionless man to embark on a mission to obliterate nationalism. Nationalism, he is sure, led to the attempted genocide of the the Jews, and as a Jew he wants to ensure that never again will such horrors befall any minority.

His strategy alone betrays the bloke’s megalomania; bear in mind, this is the man who 35 years ago tried to destroy the Pound Sterling single-handed. His goal is the destruction of all Nation States from within, and he hopes to achieve this via migratory chaos, civil war, political standoffs and any other outcome he can help realise. This, he is convinced, will produce superbloc (and eventually World) government as a far better alternative to political jingoism and inevitable war at a national level.

Soros was directly responsible for trying to force the British into the acceptance of the EMU concept.

He is a major contributor to Antifa and Momentum.

He is a major contributor to the UK campaign to stop Brexit.

He has been the biggest single contributor to the smearing of Hungarian democracy under Viktor Orban.

He has given massive amounts of money to ISIS in Syria.

He counts Richard Branson, Donald Tusk, Guy Verhofstadt and the Clintons as among the people he knows and admires.

He has funded Golden Dawn in Greece.

He bankrolls five different organisations dedicated to the mass landings of African migrants in Europe.

He is active in the emergence of South American anarchy, most notably in Argentina and Venezuela.

Soros is the ultimate totalitarian fixer, in that he gives titles to his own organisations that suggest the exact opposite of the real purpose of the organisation. Open Europe, Open Democracy, Antifascist and so on.

And yet – by Leftlibs on both sides of the Atlantic – he is hailed as a philanthropist.

We often say of celebrities that they “polarise people”. Mr Soros aims to polarise the world and it make it so dysfunctional, a huge range of smug, greedy, stupid and desperate people wind up begging for a New Order devoid of liberty, feeling or free speech.

George Soros is not evil, he is ill. His ideas are so removed from natural humanity and its wiring, he can never succeed. But while he exists, allowing his money to talk, he is the sort of delusionally misguided prophet who may be happy for Homo sapiens to die as a result of his failed ideas.

It is a terrible thing to say, but every day I pray for his death.

Footnote: you may be wondering why I haven’t mentioned Olly Robbins today. Be patient. It’s his turn tomorrow.