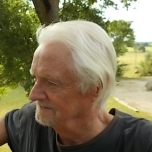 I still want Brexit; I don’t think we’re going to get it, but I still want it. In the greater scheme of things, however, it has been a disastrous distraction – and a wound that will not heal for a generation. Further down the road along which we’re veering about all over the place, a huge crack is about to swallow up the Britmobile. At the wheel is dyed-in-the-wool City apologist, and his co-driver is a neoliberally inclined banker. I’m not happy about this.

But first of all, a message from the previous Britmobile co-driver, Flipflop Hamshank:

“Leaving the EU without a deal would be a betrayal of the referendum result, which showed quite clearly that most people in this country want to see us leave in a smooth and orderly fashion that will not disrupt lives, cost jobs or diminish living standards, because many of them had the good sense to vote Remain rather than Crash Out over a cliff onto the rocks of anarchy below. Government simply cannot ignore 48% of the entire population on the purist hardline basis that populist references to the corruption, depravity, bankruptcy, unaudited illegality and sovereign bullying of the European Union have some bearing on our ill-defined independence. We must weigh such preposterous virtue signalling against the enormous benefits brought to this country by imported German motor cars, French cheese and Italian debt. Brussels is in a uniquely strong negotiating position because the fragility of their own coalition of 27 means any attempt on their side to reopen the Withdrawal package would see their unity collapse. It is our duty as Good Europeans to show some humility, and invite the yardbrush of federalist progess to penetrate our collective back passage”.

The United Kingdom is crumbling, and our legislators are busy competing for the demolition contract. Dominic Grieve, Sir Oliver Letwin, Dame Caroline Spelman and Nick Boles offered to meet the Labour leader Jeremy Corbyn yesterday having said that they welcomed Corbyn’s plan to bring down the government and become a caretaker Prime Minister to stop a No Deal Brexit.

Yes, you can believe your own eyes: an aristocrat, two Jews and an unreconstructed Thatcherite would rather have an Arabophile Israel-hating hard-left collectivist in Number Ten than live with a No Deal Brexit.

One lesson in all of this has been apparent for over a year now: whatever BoJo does or doesn’t achieve, the one thing nobody can achieve in Britain today is EU membership reconciliation. The United Kingdom is irrevocably split on the issue of pro versus anti Brussels. Whichever the road might be for us after October 31st, half of us will be for it, and half of us against.

The lesson has still to sink in. But another one – which I’ve begun to call “Brexit, Schmexit – enough, already” – isn’t on anybody’s radar….apart from among that tiny minority well-informed about the approaching financial Gotterdammerung.

The coming multi-dimensional debt disaster will dwarf Brexit, and leave a lot of liars, fluffies and ignorami looking very silly indeed. While everyone in Whitehall is now belatedly rushing round to (allegedly) prepare for Brexit admin disasters, not a single MP, Minister or senior Mandarin is giving thought to how Britain’s hopelessly unbalanced “economy” is going to cope with global financial collapse. For the simple truth is that the UK no longer “does” anything much beyond services; and the biggest slice of the services sector by far is financial services.

Total manufacturing gdp output is 8.6% of the total. In 1975 (when Britain was apparently on the brink of bakruptcy) it was 24%. Agriculture is 0.6% and provides only half our food needs; twenty years ago it provided two thirds.

Of that, creative services are about 6.5% – ten times bigger than agriculture.

Seven in ten Pounds of our output is financial services.

It cost Britain $840billion to bale out the financial sector in 2008: almost exactly the same as it cost Washington to bale out Wall Street.

The US economy is eight times bigger than the UK’s

That’s how out of whack our economic structure is: that’s how big a disaster financial collapse will be for us. (If we stay in the EU, it will be even greater….but after a certain point, it’s irrelevant: dead is dead, whether it takes eight bullets or eighty)

Maxed out credit and economies running on debt represent the silver bullet and stake through the heart respectively.

Those laughably considering themselves “in charge” are not paying attention.

The two top jobs in the Cabinet are Prime Minister, and Chancellor of the Exchequer. The current PM is a City fanatic and serial apologist for bankers. The Chancellor is a former banker – who worked at a senior level for Deutsche Bank, currently by far (on paper) the world’s most toxic financial institution, if you don’t count the US Federal Reserve.

Sajid Javid is Our Man at the Treasury. He is currently serving up varietal bromides on Twitter:

There’s caution, cautious optimism, optimism, and off with the fairies. As a hint of my considered view of Mr Javid’s twitteration re this one, the fundamentals of the UK make us uniquely prone to high import costs and financial instability, real wages have fallen 30% since 1990, wage growth looks fast if you’re starting from minus 68, employment is at record heights, but the hours worked by casual labour are under half what they were in the 1970s…and it’s not going to be hard to grow faster than Germany and Italy this year, as they’re heading into recession.

The one word largely missing from Sajid’s catechism is “debt”: he mentioned it once, but won’t get away with it, because the national debt is still twice what it was in 2009.

This is Friday, and there’s no point in flogging the point to death. I only ask that, over the weekend, thinking people muse on the real global situation. Because in 2-3 weeks time, the Wall Street Masters of the Multiverse will all be back at their pc screens. I see very little potentially good news heading our way, and evidence that the current crop of MPs have got anything on their minds beyond beaches and Brexit plots.

Either way, have a good one.