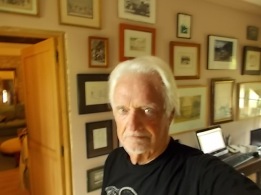 No 2020 vision is going to emerge from the General Election. In the face of economic blizzards ahead, Britain stands dressed in shorts and tied to political totem polls. We need to create shelter beyond Westminster.

To use a justice analogy that doesn’t stretch that far, quite a few voters went into this election thinking it wouldn’t achieve anything very much beyond stopping the Article 50 revokers…..but might well put the political class firmly in the dock facing charges of unconstitutional arrogance. A unanimous verdict of guilty having been announced by the jury foreman Tommy Atkins, this would at least earn a stern reproach from Justice John Bull about changing their ways, should they wish to avoid being banished en bloc.

Others still had visions of Captain Farage leading his Lancers into battle against the Westminster boil, draining it with clinical efficiency – and thus ‘changing politics forever’.

And finally, what I have come to think of as not so much Great Britain as Bait Britain retained their infantile fantasy of the Alliance of National Impunity engaging in a massed surge of Cultural Marxism to grind the fascistscumnazibigot homophobes, trannyphobes, islamophobes, xenophobes, europhobes, arachnaphobes and other reactionary elements into the dust of history.

In truth, the only group likely to emerge unscathed from this heavily controlled exercise in sheep-herding is the Conservative Party. This is an outcome that says one helluva lot about so many voters, political structures and unelected organisations in our troubled society.

And believe me on this one, the United Kingdom is existentially troubled.

Earlier this week, I re-read some parts of the former British Intelligence Officer Peter Calvocoressi’s 1978 tome, The British Experience 1945-75. Calvocoressi’s politics were liberal, but as a former Bletchley Park star, he had seen and done it all. He looked forward to a future in which the UK would remain a tower of strength. What follows is a selection of quotes stressing the ‘national’ strengths he expected to survive. I have added emphasis where I think it instructive.

‘the essential ingredients of this strength are the rule of law, flexibility and pragmatism….in the post-war period, the British have been markedly unmaterialistic, pottering about in their gardens and watching football [in an age] stamped by the pursuit of knowledge….and the voluntary organisation.’

‘….the hedges around British homes attest to a love of privacy, but…..executive branches of government can be excessively secretive…..proposals to televise the proceedings of Parliament have been [opposed]….on the grounds that politicians would play to the gallery….such underestimates the good sense of the electorate…’

‘…the rule of law if it becomes an instrument of the dominant classes….jeopardises its function as the cement of society as a whole.’

‘…the new science [of Planck, Riemann and Einstein] said that what everybody regarded as obvious was not necessarily so….to everybody’s surprise and discomfort, it reintroduced uncertainty and mystery.’

‘Since 1945…..the British have neither panicked into reaction, nor bolted after precipitate panaceas‘…..they are serious, intelligent and reasonably well-educated people’.

Now it goes without saying that Calvocoressi was writing without any expectation at all of massive cultural change, the most notable elements of which were the internet explosion, the expansion of media alongside massive ownership concentration, regrettable changes in educational practice and emphasis, multiculturalism, Thatcherism, the growing influence of Islam, advances in surveillance technology and the ready availability of EFTPOS ‘smart-card’ credit.

But within the ‘datedness’ of his observations lie important truths for us today. First and foremost, both the above extracts and the book as a whole confirm Tony Blair and his fellow socio-ethical relativists as either stupid or liars, and probably both. When Blair mouthed his memorable idiocy, “Everything’s exactly the same as it always was, only better”, much of his wide-eyed audience had no experience of pre 1975 with which to contradict him.

Closely allied to this reality, however, are the sheer number of massive assumptions about ‘Britishness’ that either no longer apply or would be thought extremely naive in the light of the cultural changes I list as coming to life after his book.

The rule of Law was blatantly perverted by Blair (Saudi arms, Iraq invasion), Whitehall (Pensions), Cameron and Johnson (Newscorp hacking), May and Robbins (Brexit negotiations, Parliamentary procedures on debate) and a clear majority of Commons MPs (Honouring the Referendum, Revocation of Article 50, bias of Speaker Bercow). It has become an instrument almost entirely of protection of the privileged and disdain for the  innocent citizen: it is wet sand rather than solid cement.

Flexibility and pragmatism have gone – replaced by robotic ideology and the pursuit of crazed certainty by those who believe every IABATO from trickle down wealth to forced equality. Is this a reaction to lost scientific certainties?

Thatcher, Foot and Corbyn are all examples of panicking into reaction; Blair, Clegg, Farage, Corbyn and Boris were equally glaring flushes of panacea pursuit now largely busted. The public reactions to all of them over time have been the very opposite of reactions based on thinking, discernment, good sense and intellect based on open-minded education.

He wrote of a People who placed huge value on privacy and even anonymity. Today that has been transformed into an obsession with fame and celebrity, alongside a complete disregard for the invasive data collection of social media.

And finally – arguably – the uncertainty of science and adrenaline rush of technological advance has seen a reaction in the retreat into rigid certainty based on little or nothing….and a revival in dangerously backward-looking ideological and religious belief.

Since Calvocoressi wrote his book – a mere forty years ago – the proportion of non-indigenous and/or non-traditional cultures, ethics and traditions on offer in Britain has leapt…primarily led by white yob culture, negroid knife crime, and the unacceptable political, religious and sexual tendencies of far too many Islamics and travelling apologists.

Laid out throughout the last four decades, in fact, is the criminal, collusive and cowardly negligence of our political and media classes in both denying (and covering up) the need to tackle everything from State pension affordability and organised gang rape to the growing power of the Secretive unelected State and globalist tax evasion on a grand scale.

Face facts: the People are having an election, but the élites will win it. No matter what happens in the next five days, we have been promised everything, but deprived of the four things that anger a majority of the electorate most: the betrayal of Sovereign Brexit, the embezzlement of female State pensions, the refusal to stop all immigration, and the disgraceful unwillingness of the political class to reform itself.

Let us return again now to those electoral expectations I outlined in the introduction to this essay. Yesterday, Ipsos Mori’s latest study confirmed that, plus or minus a couple of points due to error, the Conservative lead is intact. Their gains have come from LibDem voters – and former TBP supporters dismayed by their shrunken field of candidates.

The contest initially billed as The Brexit Election going into November emerges this weekend as one in which there has been a thirteen percent drop in the importance of leaving the EU. I find this completely consistent with Labour’s rise in the polls by 4%: but the Tory lead remains beyond Labour’s reach. That too reflects the huge trust deficiency surrounding Jeremy Corbyn – at a net 44%, twice that of the scuttling spider we call Boris Johnson. Equally confirmed is the higher level of uncertainty as to whether they will vote among Labour supporters. This is staggering when one considers that 72% of all voters have negative views about the Tory administration’s performance since 2010. It is in fact a massive indictment of Momentum Labour’s intolerantly hard-Left emphasis: further proof (were any really needed) that Britain has little time for the archaic ideas of sovietesque socialism.

Concerns about the NHS and education have come back to the fore. This has the potential to suggest traditional voters returning to the Labour stockade, but alongside this is a growing pessimism about the economy: only 21% think it will improve, compared to 50% who deem it likely to worsen. In that context, Labour’s ‘radically reactionary’ return to what older electors see as a return to the 1970s is a major millstone.

But the fundamental picture remains as I assert in this section: the lust for punishment is less than it was. A relatively unreconstructed neoliberal Conservative Party looks set to return to power on December 13th.

The only glimmer of hope left for the Corbynistas is the unique level of alleged not sure/undecided voters. Oddly, this has grown rather than retreated during the General Election, and now stands at a record 27%. Were, say, two in three of them to plump for Labour, we would have a hung Parliament: but even then the Tories would still probably be the largest Party. This gives you an idea, I hope, of the north face of the Eiger the Left has to climb if it is to dislodge the Prime Minister.

My own view is unchanged, as you might imagine given the use of the word “alleged” in that last paragraph. We mustn’t forget that, although turnouts have been steadily rising since 2001, the 2017 peak of 69% still leaves 1 in 5 who don’t vote. So whatever the pollsters say, a huge proportion of their respondents “intending” to vote do not actually do so. The high level of ditherers this time still suggests to me that there will be a low turnout, and there are three major reasons to think this:

So: the Establishment wins the election, but perhaps two in five of the electorate display disaffection from the process. This is not a good look, but it will fly breezily over the thick heads of our legislators and bureaucrats.

At some point, after December and some kind of Brexit sticking plaster, the economics of our world will worsen, and the UK’s ludicrous overdependence on financialised funny-business will come home to roost. Over the next five years – as failure to address the citizenry’s more profound concerns hits jobs, pockets and even individual family financial viability – the normally phlegmatic Brit will become increasingly ill-tempered. Many of the more traditional pre-‘Boomer’ abiders by the Law will die. And the United Kingdom will still be split by nationality, age, ideology and attitudes to multiculturalism.

Whatever ‘backlash’ the Tory administration suffers, it will not be controlled by the Parliamentary opposition. That is to say, once Corbyn has lost – and the gloves are off while the knives are out – there will be yet another fight for the “soul” of the UK’s LibLeft axis.

It is time, I think, to see that entity as a corpse that lost its real soul decades ago. But either way, I foresee a hopelessly splintered opposition to the values of monetarist neoliberalism in Britain.

Hopefully, this can create fertile ground for what I continue to call a Movement rather than a Party. I retain an interest in helping to ignite it; but the level of that interest, at my age, will depend on how willing those supporting such an idea are to cut themselves free of the sofa, the telly and the wine bottle.

Enjoy the rest of the weekend.