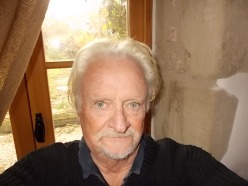 Sometimes, a stream of frustrated consciousness must suffice.

We open tonight with a bit of Google visual/copy confusion:

It could of course be Number 10 spin designed to explain away BoJo’s sexual behaviour, but if so it is hopelessly feeble. His girfriend is indeed 32, but Mr Jobsdone is 93, as any foule knowe.

But hark: John McDonnell is excited:

No doubt, a few years from now, Johnny McD will insist that he only promised a high-fibre breakfast on every schooldesk by 2050.

But not, of course, if you’re a Tory-voting traditionalist 1950s born mother.

If, however, you are a Little Englander Remoanoid fantasist convinced that the EU is the fount of all benign communitarian knowledge, this tweet will appeal to you:

There’s a fair old degree of muddle in this one. If Juliet thinks that cheated SPA victims travel regularly abroad to eat at Chez des Anges in Paris or the Colombe d’Or in Nice, I’d suggest she needs some Page 1 marketing advice about targeting in general and British social policy in particular.

Does she, I wonder, think that every Belgian, French, Spanish and Italian restaurant will demand to see your passport to confirm that you qualify to eat pretentious food in order to get a bill at the end of it working out at €190 a head?

We will all be held prisoner here in this Septic Isle after Brexit, you know – straight up. No planes will land here any more and we will turn into Cuba, driving ancient cars because Stuttgart no longer wants to sell us luxury vehicles. French, Italian, Greek and Spanish hoteliers will band together in poverty to stop any of us having fun, sun and sex on the sands.

Pharmcos will put us off-limits for profitable drug sales. Queues for lorry drivers waiting to get into a country that will be boycotted by all lorry drivers will stretch all the way back to Kalamata. Every third child will starve, every iron lung will collapse, every diabetic will die within the first five minutes and we’ll all be burning worthless £20 notes to keep warm.

Huge boatloads of desperate FBPE eurofreaks will be mercilessly turned back at Dunkerque, Calais, Bayeaux and even Bilbao. Every single desperate suicide resulting from these brave voyages of hope will be down to selfish Brexiteers determined to keep their cheap fish n chips at the expense of progressive reform of national jingoism in favour of eternal mercantile blocist peace.

Normal service will be resumed tomorrow.